This exchange between our President and a "career intelligence analyst who is an expert in hostage policy" is about the best example I've seen as to how someone can be a racist without being a really obvious, "out" or up-front racist. That is, without being a bedsheet-wearing night-rider who burns crosses on people's lawns or who openly uses the n-word.

It was her first time meeting the president, and when she was done briefing, he had a question for her.
"Where are you from?" the president asked, according to two officials with direct knowledge of the exchange.
New York, she replied.
Trump was unsatisfied and asked again, the officials said.

After some back and forth, he was finally satisfied when she revealed she was of Korean descent. Trump wondered aloud why she wasn't working on negotiations with North Korea.

What Trump did here was to assume that everybody acts without any regard for professionalism or any sort of objective viewpoint. That everybody acts in a race-conscious manner to advance the interests of their own race. 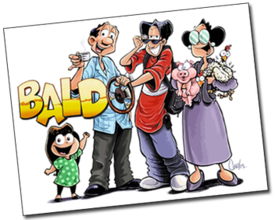 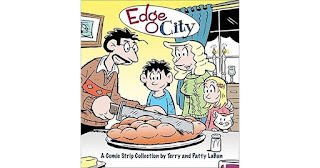 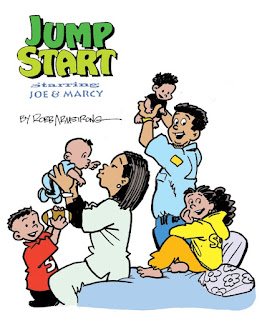 strips about, respectively, a Latino, a Jewish and a black family. In all three cases, the families are aware of and take pride in their heritage. In none of these cases would these families regard their heritage as overriding their professionalism or their patriotism. For a racist like Trump, we're all in a "zero-sum game," where one group is constantly battling other groups for advantage, where people get their life missions from their ethnicity.

Update:
Sigh! Okay, how do we distinguish racists from non-racists? Let’s look at an example.

"I want to thank every sheriff in America. Since our founding, the independently elected sheriff has been the people's protector, who keeps law enforcement close to and accountable to people through the elected process," Sessions said in remarks at the National Sheriffs Association winter meeting, adding, "The office of sheriff is a critical part of the Anglo-American heritage of law enforcement."
"We must never erode this historic office," Sessions continued.


The addition of “Anglo-American heritage” was an ad lib by Sessions. Anglo-Americans might have historically invented modern law enforcement, but is there anything special about the way Anglo-Americans actually enforce the law in practice?

Let’s look at the 2002 movie "Bend it like Beckham," we follow the adventures of two young English women (That's why they call it football and not soccer) who play soccer on the same team. On the field and in ways that relate directly to the game, they're very much alike. At home, because one is Anglo-Saxon and the other is a Sikh, they're very different.

Same thing with law enforcement. Soccer is not a sport that’s restricted to any nationality or ethnicity, and in America, conducting law enforcement is not specific to Anglo-Americans. Soccer and law enforcement are alike in the way that any ethnic group can do them and they’ll all do it in the same manner.