I truly hate the issue of Gaza versus Israel as I have good friends on both sides. It's about the only issue that currently splits liberals from each other.

The fellow here makes a good case for the Israeli side. Essentially, Israel is under siege by a foe that will settle for nothing less than their complete destruction. Hamas doesn't want to simply co-exist with Israel, they want to annihilate the state and all its people.

The case that Hamas makes to the people of Gaza is also pretty straightforward. The people of Gaza are locked into an “open-air prison” that even Pope Francis condemns. They have no seaport of their own, no airport, their border is sealed on all sides, their access to fishing on the sea is very restricted. I haven't heard much lately about residents of Gaza being hungry or having their food supplies restricted, but that certainly did happen in the past, until Egypt had its revolution and partially opened their border with Gaza.

“So, all right, Mr. Smarty-pants, what would you do? How would you square the circle?”

Back during the late 80s, I did a lot of reading on guerrilla war, including several books on the Vietnam conflict from left-wing, middle-of-the-road and right-wing perspectives. My following of the Iraq War has very largely confirmed the conclusions I reached back then.

In every guerrilla movement, there are two components, the hard-core fighters, the ones who run things and compose the propaganda and who promise to take over when the fighting is done. Then there are the people at large. The people are the ones constantly just trying to live their lives, to get out of the line of fire, to raise crops and children as best they can amid all the gunfire. It is quite impossible for the hard-core fighters to succeed without at least the tacit cooperation of the people.

Thousands of South Vietnamese, appalled by Diem’s corruption and brutality against Buddhists and suspected communists, rushed to fight with the NLF. Those unwilling or unable to fight – including women, children and the elderly – gave support in other ways, such as providing food, safety and information about enemy troop movements.

So how does an occupier win a guerrilla war? By allying oneself with the people and thus robbing the fighters of the support without which they can't survive. As Mao Zedong had put it: “The guerrilla must move amongst the people as a fish swims in the sea,” (There's a more comprehensive quote here, on a page where Mao emphasizes that guerrillas must treat the people well, so as to gain their enthusiastic support) so if one “drains the sea” by addressing and solving or at least mitigating the grievances of the people, the hard-core fighters will be left high and dry and will not gain power.

It is of course possible that the Palestinian people in Gaza will still be motivated to annihilate the Israelis after their conditions are softened and mitigated and their existence is rendered to be less than a concentration camp, but people in general tend not be fanatics and if they find they can live their lives, stay out of the line of gunfire and raise crops and children in a relatively unmolested fashion, fanaticism tends to die in those circumstances.

The people of the Middle East have demonstrated this through their attitude towards America over the past decade and a half. They have shown that “The publics in every nation polled in both 2008 and 2009 showed an increase in confidence in Obama compared to Bush--on average 37 points.” Obama was, and remains, much less aggressively in-your-face than Bush was and so maintains a much higher degree of popularity than his predecessor did.

I believe that Israel would do far better to try and separate the Palestinian people from the hard-core fighters of Hamas via policies that lessen the harshness of their lives than through the current policy of collective punishment.
Posted by Rich Gardner at 21:53 No comments:
Email ThisBlogThis!Share to TwitterShare to FacebookShare to Pinterest
Labels: civility, guerrilla war, history

Glenn Davis and the 190th District 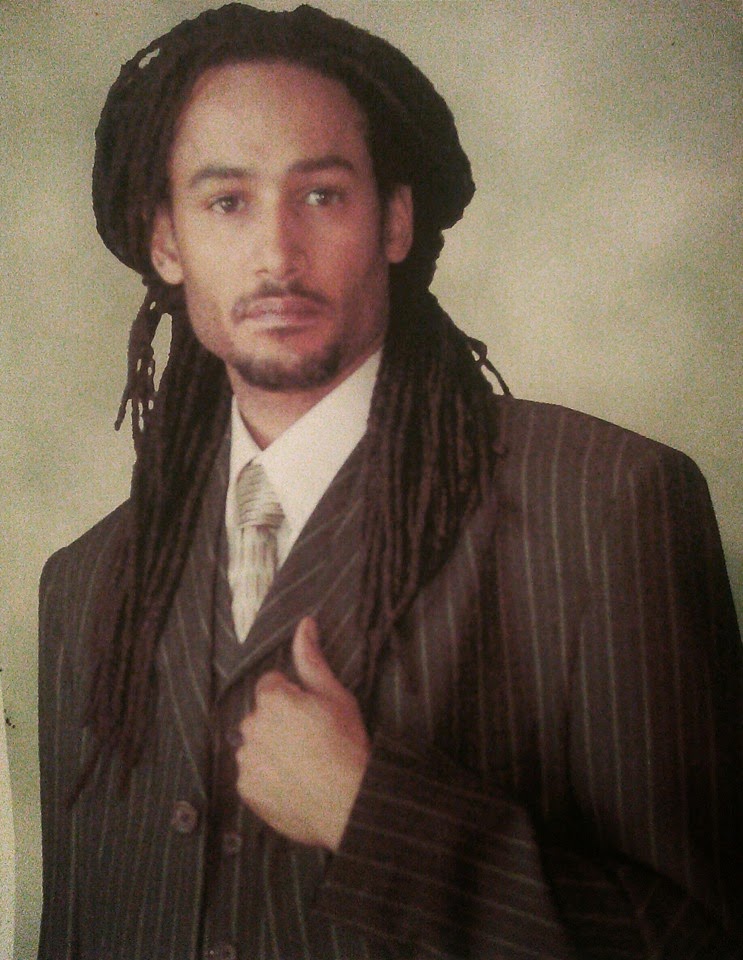 Glenn Davis is the Chair of the Philadelphia Green Party and is running to be the Representative for the strongly Democratic 190th Pennsylvania House of Representative district. His campaign is currently in the process of getting signatures and the real campaign will commence once that's done. Is there any chance he'll be a spoiler and that splitting the liberal vote will result in a Republican Representative? Happily, there are no Republicans running for that district, so a vote for Davis and the Green Party is a free vote.

If he's successful, will Davis be a good Representative or is he just interested in the symbolism of the Green Party winning a seat? Davis has three children, Shyenn (11), Nathenn (8) and Shanenn (7) and he's heavily invested in seeing to it that his children receive the best education possible. He is very interested in reversing the damage that has been done to Pennsylvania schools via Governor Corbett's mindless and destructive cuts. 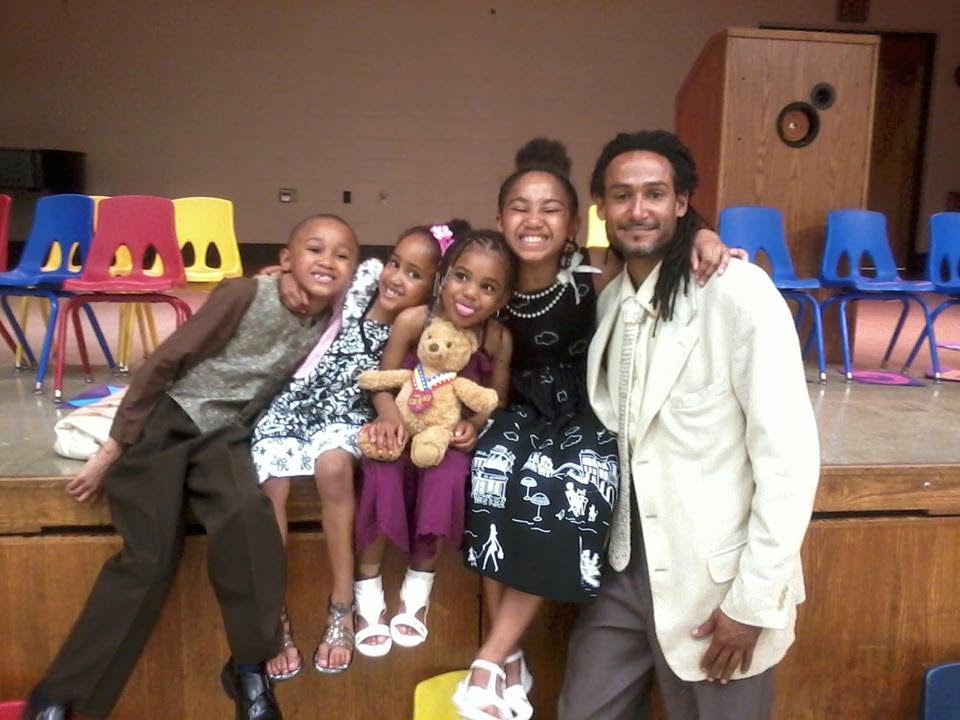 The 190th Legislative District is largely a one-party district. Just as in the Senatorial race in Mississippi was pretty much done and over with when Thad Cochran prevailed against Chris McDaniel (There are very few votes to be had for Democrats in MS), so Vanessa L. Brown thought she had the had the race for Representative safely locked up as soon as she had prevailed in the Democratic primary. With the Green Party in the ring, Davis can, if nothing else, press Brown to take better positions prior to her winning November's election.
Davis is a veteran of the Gulf War of 1991 (He was an Army Specialist (E4 68J) from 1989 to 1993) and currently makes his living by working at McDonalds. His house is currently, along with those of many thousands of fellow Philadelphia citizens, in foreclosure. He is energized by that issue as pay for a fast-food worker is inadequate to solve that problem. He is also the Vice President at the Shepard Recreation Center and is involved with the Women's Community Revitalization Project and DecarceratePA. 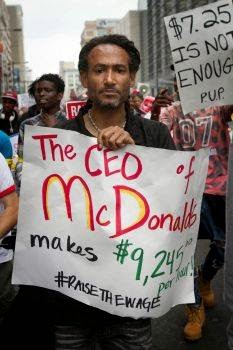 Mayor Nutter recently tried to address Philadelphia citizens whose minor legal problems were making their job searches unnecessarily difficult. Davis sought to get a 2009 misdemeanor charge pardoned and found that he was in a group of roughly 3000 fellow citizens who were all seeking pardons for similarly minor offenses. Nutter appears to have been overwhelmed by the sheer number of people who needed relief, so this is yet another issue that is energizing Davis. He and the Green Party are both trying to see to it that the average citizen gets a break.