US Democratic vs Nazi platforms

Dinesh D'Souza made a film that Don Jr. saw and clearly, that was Don Jrs. only exposure to the material because he swallowed D'Souza's propaganda wholesale.

Okay, so let's look at what the Nazi Party platform of 1920 was:

Points 1 through 4, 16 and 21 are specific to Germany's concerns at the time.
Points 5 through 8, 15, 17 and 23 sound just like the Trump Administration today.
9 through 14, 18 to 20 and 22 okay, these sound like items Democrats could agree with. Not so sure about point 11, though. Some nationalization would be good, but lots of Democrats are strong believers in capitalism. 22 is also pretty much straight socialsm. Not really sure either 10 or 12 survived very long then or would survive under Democrats today. Michelle Obama would especially approve of 20.
It's a pretty mixed bag. Certainly Democrats would agree with some of the values expressed, but Don Jr. sounds as though he's citing a very one-sided version and doesn't have enough historical knowledge to really make careful distinctions.
Posted by Rich Gardner at 13:47 No comments:
Email ThisBlogThis!Share to TwitterShare to FacebookShare to Pinterest
Labels: capitalism, culture, history, law, straw man argument


I first looked into the idea of invading Iran back in 2003, after Baghdad fell, in response to neocons saying "Real men go to Tehran." Situation hasn't changed much. The pressure on the moderate president Hassan Rouhani is certainly having a political impact, and international business is being forced away from doing business in Iran, but as Rouhani gets less popular, it’s the anti-American hard-liners in Iran that politically benefit.

I said at the time that the US needed a "Colonial Corps" to successfully occupy Iraq. What we urgently needed at the time and what we’ll need to occupy Iran is a large group of paramilitary administrators to run things at the municipal level. A piece from the Modern War Institute says: "Right now the US military does not have personnel with deep specialization in conducting or overseeing the type of occupation that Karle argues is an unfortunate necessity of being prepared for all possibilities."

Also, US air operations have been ongoing for the past 25 years, meaning that tool has gotten pretty worn and dull. But as in Iraq, battlefield success is only the first step. Iranians are trained, organized and ready to undertake extended guerrilla war.


First, if I were to invade Iran, there are a couple of possibilities we can eliminate. Strike from Afghanistan? That country isn't really secured as the Taliban is alive and well and there have been battles around Farah, right about where a US invasion of Iran would jump off from. 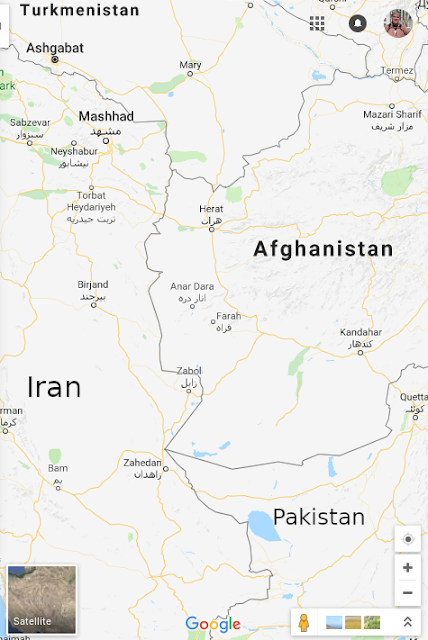 Strike from Pakistan? The country puts up with our using them as a supply dump for Afghanistan and even that has caused friction in the past.

Strike from Iraq? The country is modernizing under it’s newly elected leader Muqtada al-Sadr, but there are definitely troubles there. A large American presence in the country could be disastrous. It would a big risk to our supply lines.

Strike past the Strait of Hormuz and from the Persian Gulf? American military people believe the US Navy would prevail, but clearly, for the Navy to launch an attack from the Gulf would require some extensive fighting beforehand. It’s possible Iran would block it off and leave our naval forces stranded in the Gulf with no re-supply able to get in. Even a temporary cut-off would be a humiliation. 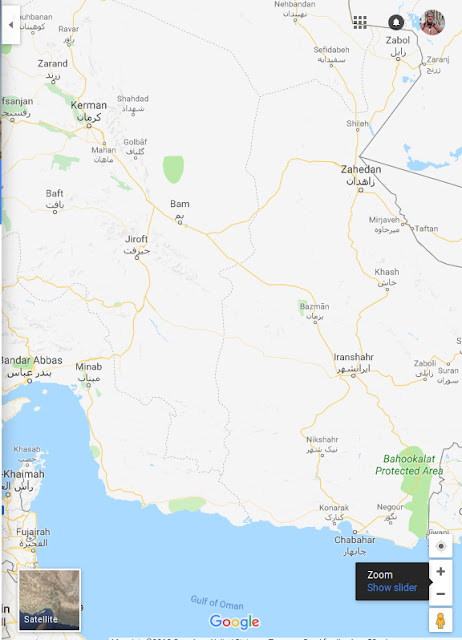 If I were in charge, I'd hit their beaches right above the Gulf of Oman, the town of Chabahar appears to be a good landing spot. Kerman is a substantial city that's well short of Tehran and there are nuclear plants North and West of there. That's about 600 miles from Chabahar, some of the terrain fairly smooth, some rocky and fairly elevated. Our supply lines would be getting attacks long before our forces reached Kerman. Our Army may make it over a thousand miles more, all the way to Tehran, (about 1,800 miles from Chabahar).

But we'd need to guard every mile of that supply line or, at the very least, to deliver all supplies in armed convoys. What would be the consequences of an insufficient force to cover supply lines? The Iraqi ammunition dump of Al Qaqaa was looted after the Army passed by and left too small a detachment to guard it. To get the necessary troops to guard the supply line, we'd need to institute a draft. That would be hugely unpopular!