Pretty good! Exodus reminds me of Noah, earlier this year. Generally, both movies stick close to their source, diverging now and then to have the story make more sense. Naturally, the Ten Commandments by Cecil B.DeMille, starring Charlton Heston (1956), didn't have Moses engaging in any sort of romantic subplots, so I thought the part of Exodus where Moses marries a woman from Midian (Zipporah was played by Maria Valverde) was an attempt to jazz up the movie for today's audiences. Nope, I went to one of my bookshelves after getting back from the movie, checked my Revised Standard version of the Bible (1952) and, sure enough, Moses escaped Egypt, went to Midian, got married and they had a son. Then he returned to Egypt and started pressuring the Pharaoh to release his Hebrew brothers and sisters. I liked that the movie made Moses the adopted brother of the Pharaoh and an honored aristocrat in the beginning of the movie before he ran off to Midian. Makes sense and makes the whole conflict between hm and the Pharaoh more direct and personal.


And no, it's true that Moses was not historically a white person but he's played here by a white actor (Christian Bale). The director says he needed investment money to start with and needed viewers later, so he needed a “bankable” star. I decided to take the ethnicity of Moses as one of those ”suspension of disbelief” things, y'know, where Superman chats with Green Lantern on the surface of Mars, and where you accept the premise so that you can then concentrate on the human drama, the relationships between the characters, the cool special effects, etc. And I agree that any time is a good time, any time is a bad time, to start introducing diversity into movie casting. There's no reason why 2014 is any better than 2024 or any worse that 2004 or vice-versa.


Saw The Hunger Games: Mockingjay - Part 1 last week. Recommend seeing parts 1 and 2 in a reasonably close-together fashion. Mockngjay part 1 will probably come out on DVD or on one of the cable channels when Part 2 is about to show, so it shouldn't be difficult to do that. .

Posted by Rich Gardner at 15:38 No comments:
Email ThisBlogThis!Share to TwitterShare to FacebookShare to Pinterest
Labels: culture, history, religion 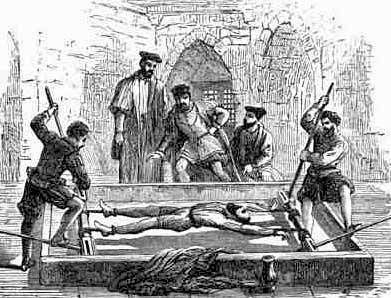 The torture report, well, the redacted summary of the 6,000 page full report anyway, makes clear that the second, subsidiary, justification for torture made during the G.W. Bush Administration is complete poppycock. The first justification concerns morality and is premised on the “ticking time bomb” scenario where a single person can suffer torture now or a lot of people can suffer an exploded bomb within a short time period.

The second justification is one of effectiveness, that torture can quickly and effectively elicit truthful answers in time to prevent terrible things from happening. It's the second justification that's squashed utterly by the report. Even people in the CIA, at the time, could see that the US wasn't obtaining any worthwhile information that couldn't have been obtained just as quickly by using a gentler approach. The Intelligence Committee reviewed 20 claims of torture having prevented a “ticking time bomb” scenario and found them all to be without foundation.


What does it all mean? A society that tries to become a better society has no use for torture. Torture has a corrupting effect on its practitioners as the report documents. Torture has no benefits to balance or to justify its evil effects, not even if we agree that war in general is justified.
Posted by Rich Gardner at 17:42 No comments:
Email ThisBlogThis!Share to TwitterShare to FacebookShare to Pinterest
Labels: Bush Admnistration, callousness, civility, corruption, criminal, history, law, lying, poor judgement, torture
Newer Posts Older Posts Home
Subscribe to: Posts (Atom)