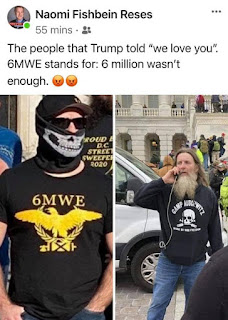 In January 2017, the Republican Party had all three branches in their hands, the House, the Senate and the Presidency. Now, in January 2021, all three are now in the hands of the Democrats. Why? What happened?

One of the issues that propelled Barack Obama into office in 2008 and that people showed a great deal of concern about, was health care. About 15% of Americans couldn’t get health care insurance because of “preexisting conditions.” Ever since at least the Truman Administration, capitalist health care insurance couldn’t deal with clients who were sure to cost the insurance companies more money in payments than they’d get from the client in premiums.

Obama stopped trying to square the circle and just made the ACA/Obamacare a public system where insurance companies would still make a profit, but not as much as they would have preferred to make. How did the Republican Party handle this during the time when the had the “Trifecta?” According to the Senate Minority Leader in 2017:

Only 20% of Americans support Republican plans to repeal the Affordable Care Act without offering a replacement. The majority of Americans want to see the law implemented as is or improved.

After seven years to come up with a replacement for the ACA, the GOP came up with a plan that was worse than nothing.

"I do not support the new plan," Sen. Susan Collins, R-Maine, told reporters. "A better approach would be...to begin hearings focused on the problems in the ACA, and let’s try to get bipartisan support to fix those egregious flaws."

Not sure the flaws in the ACA were “egregious,” but Collins clearly advocated for a more sensible approach than to repeal the ACA and to install a pre-ACA type of health care system.

In October of 2020, President Trump tried to put out an executive order that would replace the ACA. Essentially, he listed a lot of fine, wonderful, desirable goals without saying how those goals would be reached.

So that whole issue was a complete bust for the GOP.

How did the party do on the immigration issue?

The Trump administration was more hostile to immigration and immigrants than any administration in decades, making it harder for people to visit, live or work in the United States and seeking to reduce the number illegally entering the country.

People were denied the opportunity to apply for asylum and returned to dangerous conditions at home. Children were traumatized by being separated from their families. Trump’s signature border wall went up in environmentally sensitive areas.

The regulation raises additional obstacles to passing a preliminary screening at the border, eliminates multiple long-established grounds for granting asylum, and allows immigration judges to deny people their day in court by rejecting applications without a hearing. The regulation denies protection to nearly all who pass through more than one country on their way to the U.S.

The former First Lady, Michelle Obama, slammed the Trump Administration for, among other things, an awful immigration policy.

She said the last four years had been difficult to explain to America's children.

"They see our leaders labelling fellow citizens enemies of the state, while emboldening torch-bearing white supremacists.

"They watch in horror as children are torn from their families and thrown into cages, and pepper spray and rubber bullets are used on peaceful protests for a photo op."

Again, the last administration took on a policy that had escaped solution for a while, but its solutions were catastrophically worse than had they done nothing.

That last reference was to an event that will forever color views of the Trump Administration. Peaceful protesters were occupying Lafayette Square, right in front of the White House.

Last summer, peaceful Black Lives Matter protesters were met with rubber bullets and tear gas outside the White House to clear the way for President Donald Trump’s photo-op with military leaders and a Bible at a nearby church.

Basically, the President treated American protesters as though they were foreign enemies. Instead of simply sending a few people out to the square to clear the way and rope off a path to the St. John’s Episcopal Church, the President and his people strolled through after tear gas and massed police had violently cleared the way. It didn’t help that this occurred only a week after the brutal murder of George Floyd by four policemen in Minnesota.

Floyd, a 46-year-old Black man, died May 25 after an encounter with Minneapolis Police in which former officer Derek Chauvin knelt on his neck for nearly eight minutes as Floyd pleaded for air. Floyd's final moments were captured on video, and his death led to rioting and fires in the city as well as widespread protests against police brutality and racism.

What the church photo op showed was that the President wasn’t particularly concerned about Floyd or even the general issue of police brutality, one way or the other.

A big example of tone-deafness on Trump’s part was the awarding of a Medal of Freedom to the radio talker Rush Limbaugh. Limbaugh is popular with right-wingers. With the general public? Ehh, not so much. Obama’s awards were to people like Bill and Melinda Gates and the comedian Ellen DeGeneres. Obama’s choices were perhaps not to everyone’s liking, but they weren’t as in-your-face partisan as Trump’s choices were.

So, I agree that I’ve highlighted some of the very worst policies of the Trump Administration, with the Republican House and Senate often just playing a supporting role, but I don’t think there’s much mystery as to why Democrats have successfully taken over three branches of our government.

The House under Speaker Nancy Pelosi passed a total of nearly 400 bills by November 2019 that were then largely ignored by the Senate and the President, meaning that there was a demand for legislation that the other two branches simply weren’t addressing.